Capoeira in Brooklyn: the story of a Williamsburg schoolteacher and martial arts master


Robert "Bob" Cooper is a man of many talents. After high school in the Bronx, he boxed as a middle and light heavyweight while serving in the Air Force in the late 1950s, with a record of 7-3 (back row, second from right). 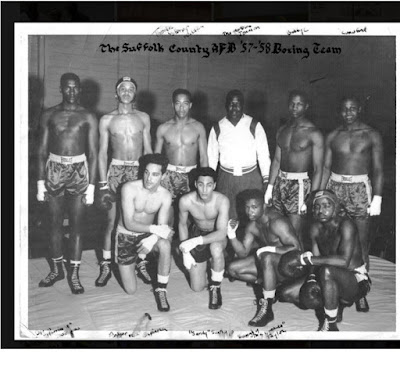 By 1970, he had earned black belts in Chung do kwan taekwondo and Veejitsu Jiu Jitsu, and started teaching middle school in Brooklyn. 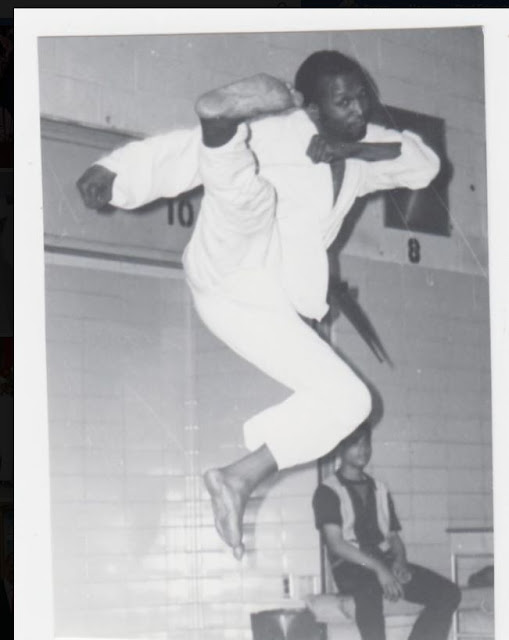 A few years later,  as part of his continuing education requirements, he took a course at NYU in Black Music taught by lecturer Bill Moore, a central figure in the promotion of Brazilian dance in New York in the 1970s.

In an interview on the Capoeira Africana website, Cooper explains what happened next:


"I was floored by the spectacular information revealed before my eyes in home movies of this beautiful yet deadly system, and immediately chased down this life changing African contribution. About 1975, Bill Moore introduced me to an amazing touring show called 'Viva Bahia', (which, I believe, also appeared at New York City Community College), and three of its stars (Amendoin, Gatoinho, and Saci) came to the Vernon Community Center in Brooklyn where I was teaching the martial arts, and put on an impromptu demonstration."

Note:  the Viva Bahia troupe called this touring show "Festa Brazil."  Its main NY engagement was actually in April 1974, at the Felt Forum. 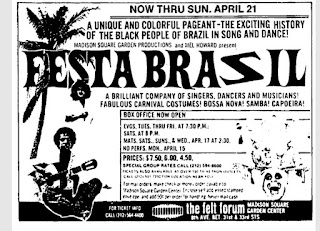 "I asked Mr. Moore to please get me somebody who would teach myself and my students this wonderful body of knowledge.  Mr. Moore sent down the man who I believe was the earliest, most important figure in establishing capoeira here on the east coast - Mestre Jelon Vieira, and his talent co-practitioner Josevaldo 'Loremil' Machado. We struck it off immediately, and he also took classes from me in my areas of expertise. As I was also going to NYCCC at the time and was the President of the Evening Student Government, we presented two well received shows. I took out ads in the Amsterdam News - which happened to be seen by Henry 'Carvao' Young, (promoted to brown cord)  and Warrington Hudlin (movie producer) - and was the sole reason they saw capoeira, according to them."

I believe that Cooper must have actually staged three shows at the Klitgord Auditorium- in 1977, 1978, and 1979.  See the following newspaper clips.


So these three shows, by themselves, give some evidence of the continuing presence of capoeira in Brooklyn in the late 70s.  The way Cooper promoted capoeira at the JHS 50 in Williamsburg where he taught is even more fascinating.

As I've said, Bob Cooper is a man of many talents.  He says that he taught "hygiene, calligraphy, science, intro carpentry, drafting and beginning clay manipulation."  This seemed hard to credit, until I saw the pictures he posted.  Turns out, he also taught gym.  His current bio still says that he teaches Physical Education.

I have no direct evidence that Cooper taught capoeira, or any martial arts, to the students at JHS 50, but he certainly promoted them.  The following two yearbook pages are collage/advertisements that he paid for in 1976 and 1979.  They provide amazing, contemporary proof that Williamsburg schoolkids had ongoing access to a serious practitioner of capoeira throughout the mid-to-late 70s. So serious, in fact, that in addition to Vieira and Machado, Cooper studied with Mestre Joao Grande, and became a Mestre himself. 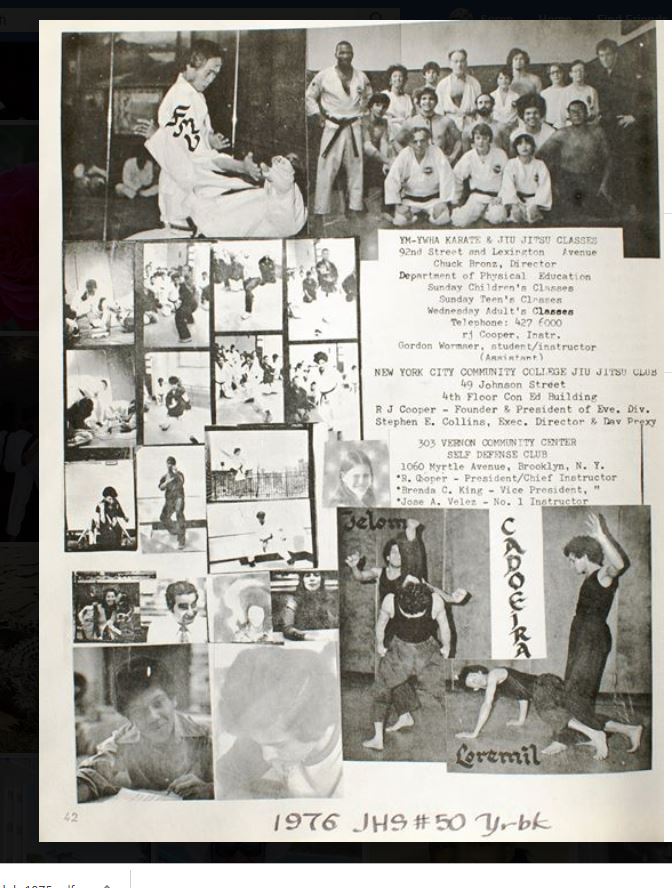 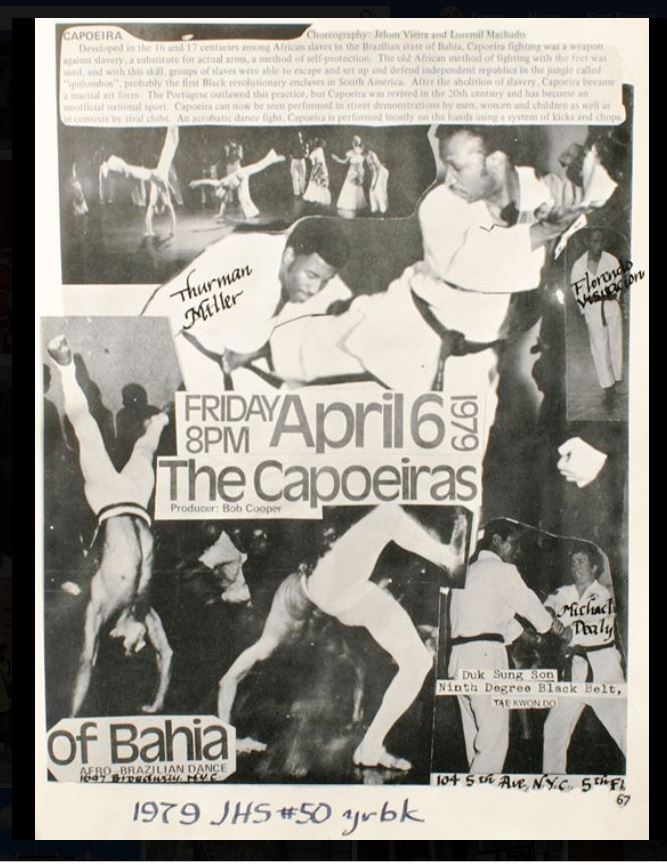